Protokol is lightweight utility for monitoring and logging control protocols. All messages from any available MIDI, OSC and Gamepad sources connected to Protokol are presented as a realtime list of messages, which can be copied to clipboard or saved to file. 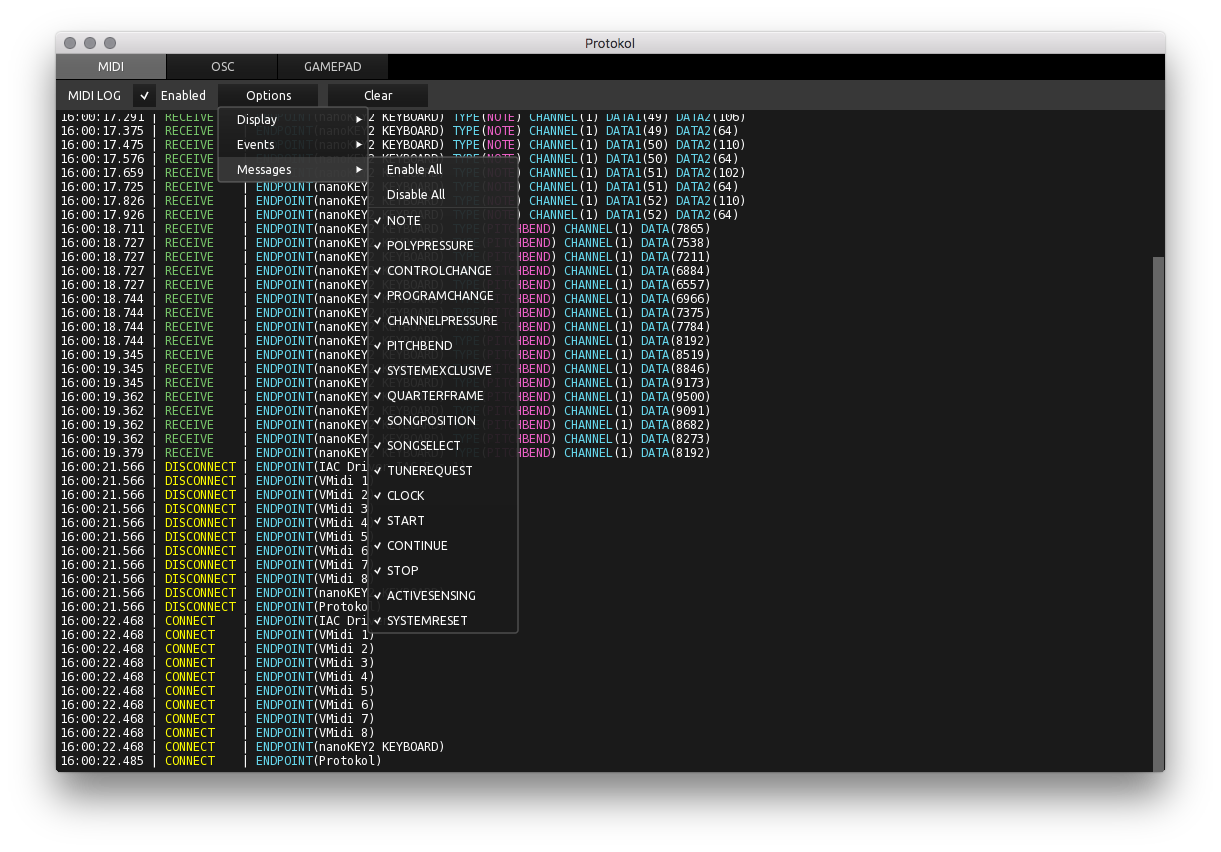 Initially designed as an internal development tool – a 'minimum effective setup' – Protokol allows users to verify that control signals and/or external hardware are in fact seen by the computer. A lightweight application such as this mitigates the headache associated with booting-up and configuring a DAW, game, or some other large application just to check connections.

Purely by chance we discovered Protokol had several uses in our home music studio, and from that moment we decided to create a public release. Being able to monitor and display every MIDI message buzzing around a studio MIDI network highlights random communication chatter such as unnecessary clock signals, hardware issues such as glitchy knobs and faders etc.

Additionally, with the help of Protokol's 'Timestamp' feature, accurate hardware sync and clock tests were possible... for producers with external hardware suffering from OCD this information is invaluable.

And for OSC users, Protokol is a quick and easy way to see what control messages are attached to a particular control source. Often the only way to verify an OSC controller is correctly working would be to load up a bulky editor or DAW. Simply connect your OSC Client to Protokol's OSC Host and all incoming control messages are displayed.

Protokol has the ability to handle more communication protocols than presently offered, and this documentation will be updated as new features are added. 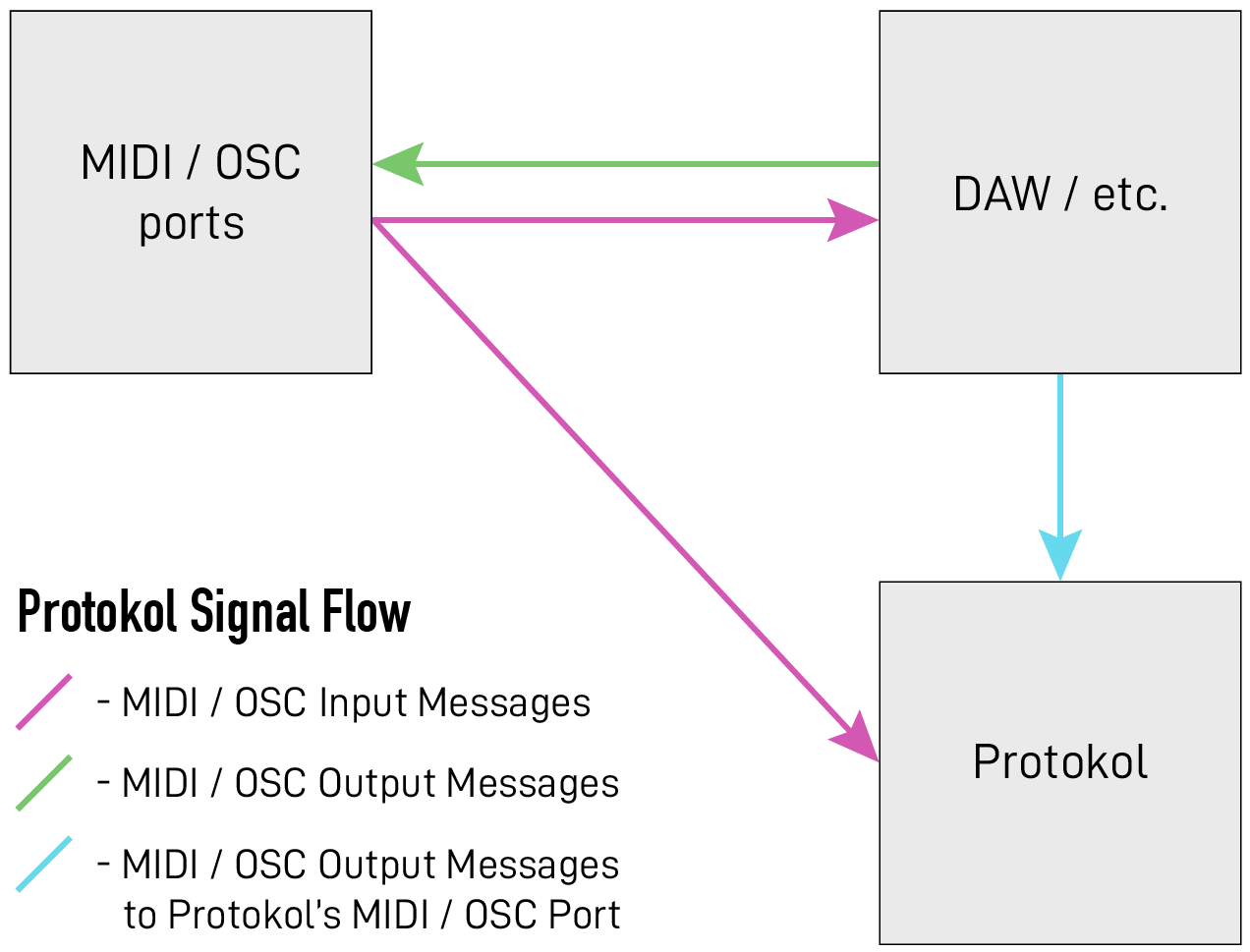 Subject to change in future versions, the current signal flow between Protokol, MIDI/OSC ports and other applications is outlined in the diagram above. GamePad (and future protocol types) require feedback message monitoring and although our internal development alpha has this functionality we are just fine tuning user interface before making this feature public.